The victim of this brutal attack on the head, alleges that a police officer stopped their bus and after some confrontation, he took out his handcuffs and started the assault. We have not received photo or video evidence of the attack but some eye witnesses took photos and videos which are yet to be sent to us.

The driver was allegedly accused of arguing and taking some personal belongings. The alleged officer was described to be having a box haircut and disappeared after slicing the mans head like a cabbage.

Good samaritans offered to go to the police station and get a full report before taking him to hospital. Nearby clinics refused to help the man as he had no cash with him, leaving him bleeding helplessly on the street.

Good samaritans are seeking more information to bring justice to this henius crime that happened in Nairobi Kenya. The man was pleading to be taken to a Media station so he can seek justice as he sees no way he can get justice from the same police who hes seeking refuge from. 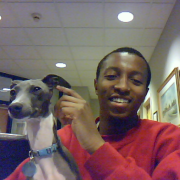